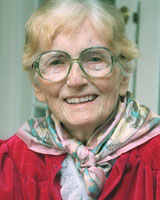 An Obituary of Dame Catherine Cookson