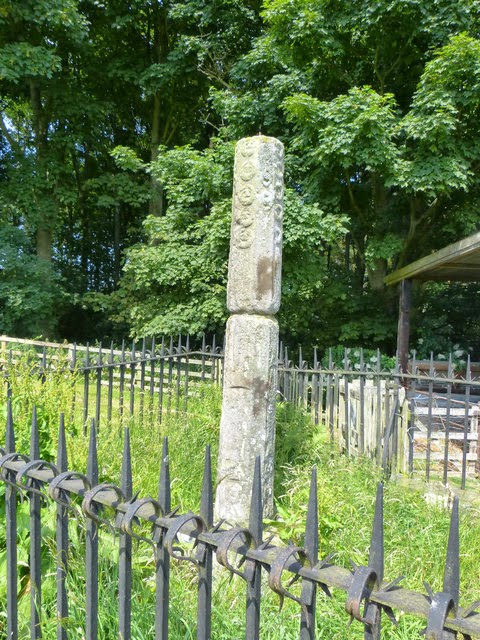 © Copyright David Clark and licensed for reuse
under this Creative Commons Licence.

There are two monuments which go by the name of Percy’s Cross in Northumberland. One commemorates the Battle of Otterburn of 1388; the other – and the subject of this article – is situated about north of Glanton, near to the site of the Battle of Hedgeley Moor.

The encounter resulted in an important Yorkist victory over their Lancastrian foe in April 1464 during the Wars of the Roses – the triumph enabling the Scots to safely travel south to conclude an agreement with the Yorkists. Several nobles took to the field, of course, including one Sir Ralph Percy who had thrown in his lot with the wrong side.

As his aristocratic colleagues fled the field in the midst of their ignominious defeat, Percy carved a name for himself in history by refusing to join them. He and his men fought to the death in a brave show of loyalty to the Lancastrian cause. Surrounded, his horse stumbled and he was overpowered by the enemy. His last words were said to have been: “I have saved the bird in my bosom”…

This enigmatic utterance has kept the historians guessing over the years, but is now thought to have meant that he died an honourable death by remaining loyal to his cause until the very end – “keeping safe the bird in thy bosom” being a metaphor of the time for such shows of fidelity and allegiance in the face of adversity.  Curious, then, that Percy and his family should have so regularly switched sides during the wars!

Near the spot where Sir Ralph fell was thereafter erected a stone cross in his honour carved with Percy emblems, the head of which is now missing.

Posted by HistoryMick at 19:44 No comments:

The quiet is blessed with many a historical curiosity. One such fact is its prominent role in the defence of the region against the threat of French invasion during the Napoleonic Wars.

From the beginning of the French Revolutionary Wars in 1792, via Napoleon Bonaparte’s rise to power in 1799 and through to the man’s final defeat in 1815, there was constant fear around and about British shores of foreign invasion. Much of buckled under ’s relentless military campaigning and many thought it only a matter of time before they had a nibble at old Blighty. It never happened of course – much like the anticipated Nazi land invasion failed to transpire more than a century later – but it didn’t prevent folk worrying a lot about it, nor from making elaborate preparations for its eventuality.

Across the whole of the nation – and especially those areas near to likely coastal invasion spots – local militias were raised and put on a state of almost permanent alert for a good two decades. Complex signalling systems were set up and chains of command established, all of which was designed to bring the locals to arms should the enemy arrive at our gates. It is a state of home affairs that is now largely missing from the histories of the era, but it all loomed very large indeed in the lives of the people of the time.

The ‘Cheviot Legion’ was one such collection of volunteers. Set up 1798, they became so prominent that they were expanded and ‘upgraded’ to the Royal Cheviot Legion in 1803 – by which time it comprised four troops of cavalry and ten troops of infantry (around 800 men). A couple of the legion’s officers were based in Glanton as well as several of its troopers, and the unit’s HQ (or, more accurately, muster point) was Glanton – sitting, as it does, on the edge of the Cheviot foothills.

The (Royal) Cheviot Legion was never called to arms in anger, of course. But there was one serious false alarm on the night of , when the glow from charcoal burners’ fires to the north was mistaken for a warning beacon and the force was called out in full. Better safe than sorry, I suppose, but it did cause quite a stir: alarm drums, bugles and what must have been an almighty flurry of nocturnal activity, not to say sheer panic.

The troopers stayed on at Glanton until the following morning, though, and everyone had a big party. Silver linings and all that…

Would you like to write a post for the 'North-East History Tour'?
Click here for further details.
Don't be shy!
Posted by HistoryMick at 23:04 No comments: 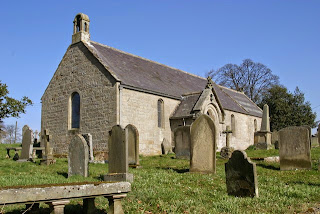 © Copyright Phil Thirkell and licensed for reuse
under this Creative CommonsLicence.

What exciting and worrying times they must have been. The build-up to, and preparations for, any historical battle on home soil must have been quite an experience for all concerned. The influx of fighting men into what were often small, rural backwaters, the drain on local resources, the fear of defeat and the aftermath – to say nothing of the small matter of loss of life. And in September 1513, the villagers of little , near Alnwick, braced themselves. For it was here, in the days leading up to the immense battle at Flodden Field, that the English army descended for their first full muster to the number of some 26,000 men.

The leader of the English army, Sir Thomas Howard, Earl of Surrey, arrived at Bolton on 3rd September 1513, some six days before hostilities, where, the following day, “all the noblemen and gentlemen met with him with their retinues … among whom were Lords Clifford, Coniers, Ogle, Scroope and Lumley, Sir William Percy, Lionel Percy, Sir George Darcy, Sir William Bulmer of Brancepeth Castle and Richard Tempest Esq.” All of the aforementioned (and a few others besides) would have crammed into little Bolton Chapel on a number of occasions to offer up prayers for the fighting ahead.

They stayed for a couple of nights before moving further north to Wooler Haugh, and thence to Barmoor and beyond. Then, on 9th September, and his English forces inflicted a crushing defeat on the Scots in the largest ever battle between the two kingdoms … and the villagers of little thereafter picked up the pieces of their quiet existence.

Would you like to write a post for the 'North-East History Tour'?
Click here for further details.
Don't be shy!
Posted by HistoryMick at 22:02 No comments: 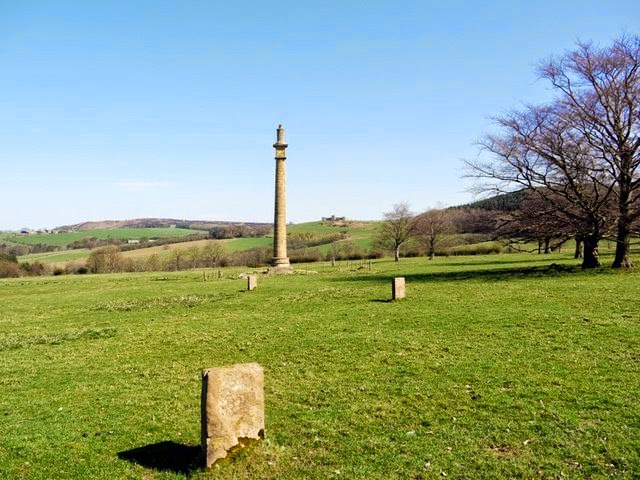 © Copyright Andrew Curtis and licensed for reuse under this Creative Commons Licence.

In the middle of a field a little off the north side of the Rothbury-Alnwick B6341 road – at roughly the half-way point between the two towns – stands a curious collection of monuments which is likely to leave the casual passer-by well and truly befuddled. The centrepiece is an 80ft column crowned by what is essentially a second, truncated column. Around and about there stand a scattering of what at first appear to be gravestones.

The column was originally erected in the village of Felbridge on the Sussex-Surrey border, and was the brainchild of James Evelyn as a tribute to the memory of his parents, Edward and Julie Evelyn. It was designed by Sir John Soane and unveiled in 1785 – its simple lines and features signifying ‘birth’, ‘life’ and ‘eternity’, apparently. It has an inscription near its base bearing verses from ’s Hymn of Gratitude.

It came to Northumberland after the family’s Felbridge estate was sold in 1927 – the item being moved lock, stock and barrel to its present location (the grounds of Lemmington Hall) by new owner, Sir Stephen Harry Aitchison. It was transported with some difficulty (and not a little expense) by sea, road and a specially constructed railway – for no other reason, I suppose, than that he could afford to do it … so why not?

The three gravestone-like slabs nearby commemorate the births of three children of Sir Stephen’s successor, Sir Walter Aitchison, in 1923, 1925 and 1927. Nearby is another standing stone bearing the words “I will lift up mine eyes unto the hills”.

Posted by HistoryMick at 19:09 No comments: