If, one day, you find yourself wandering around Darlington, then you may well notice rather a lot of large rocks lying here and there – items that have been named or labelled, and held in a sort of strange esteem. I know of three, and there may well be more. 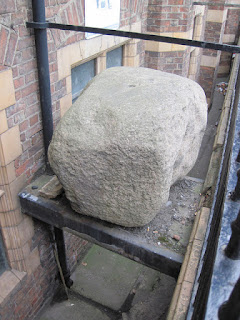 © Copyright Chris Twigg and licensed
for reuse under this Creative Commons Licence.

The first one lies near the southern end of Northgate on the edge of the town centre. It can be found on the western side of the main road behind some iron railings and is known as the Bulmer Stone. It used to sit kerbside until, in 1923, it was deemed a traffic hazard and moved to its present location. The relic, a generous lump of Shap granite, was deposited hereabouts at the end of the last Ice Age, 10,000 years or so ago. It is named for the old town cryer, Willy Bulmer, who used to announce the news from atop the rock during the early nineteenth century. It was once known as the Battling Stone, on account of local weavers who used to beat flax on it. 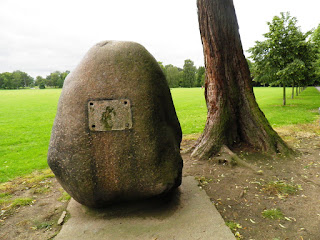 An even bigger chunk of Shap granite can found near the Victoria Embankment entrance to the town’s . It was heaved from the River Tees at Winston and placed there in remembrance of local geologist and naturalist Dr Richard Taylor Manson as a tribute to his literary and scientific work. It was he, apparently, who first documented the fine specimen – which is now, of course, known as the Manson Boulder. Its transportation took eight men four days to effect, with the help of a good deal of machinery. It was actually accidentally dropped on its way through the gates of the park, and was then just left where it fell! 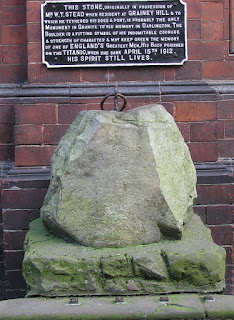 © Copyright Hugh Mortimer and licensed
for reuse under this Creative Commons Licence.

Boulder No.3 – Stead’s Stone – is located outside Darlington Library in Crown Street. It sits opposite the offices of the Northern Echo and was used by the newspaper’s most famous ex-Editor, William Thomas Stead, to tether his dogs and pony. As you can read for yourself in the image above, he perished on board the Titanic in 1912 – more on this extraordinary man here.

Posted by HistoryMick at 20:00 No comments: 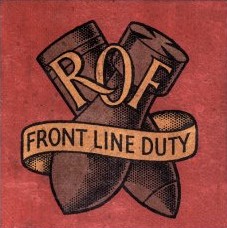 There can’t have been many more dangerous locations in the North-East during World War II than the square mile of land immediately to the west of Aycliffe village. For, in the expanse of built-up area now occupied by Aycliffe Industrial Park, there lay a Royal Ordnance Factory known as ROF Aycliffe.

The establishment was home to the famous ‘Aycliffe Angels’, being the 17,000-strong body of (almost entirely) female employees who worked round the clock to keep the ammunition flowing for the Allied war effort. They obtained their distinctive nickname following a radio broadcast by notorious Nazi sympathiser, Lord Haw-Haw, who warned that the “little angels of Aycliffe won’t get away with it”, and that they’d soon find themselves being bombed by the Luftwaffe. They weren’t troubled in such a manner, as it happened, but the work was dangerous enough in its own right, as you can imagine. There were a fair few accidents – and deaths – along the way at the works, but such was the secrecy surrounding the site that all such incidents went unrecorded and unacknowledged. One explosion, for example, killed eight girls.

The site was chosen, apparently, on account of it being a somewhat marshy spot and was therefore often cloaked in mist, which helped to hide the works. ROF Aycliffe opened in 1941 – at a cost of some £7 million – and operated through to the end of the war. It turned out 700 million bullets, plus a fair few shells and mines – and involved some rather dangerous fiddling about with detonators and fuses. In order to keep moral up, Churchill, royalty and a regular flow of high profile entertainers all paid visits to the establishment.

After the war the complex was turned into an industrial estate, though many of the original buildings have survived through to the present-day.

Amazingly, not one letter of thanks was sent out to a ROF worker after the war – indeed, they were pretty much forgotten about. Not until a recent local press campaign were the supreme efforts of the Aycliffe Angels finally recognised with a memorial service and the unveiling of a statue. Better late than never.

Posted by HistoryMick at 19:49 No comments: 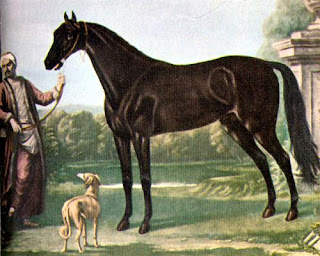 Middridge Grange, between Shildon and Newton Aycliffe, began life as an Elizabethan manor house. It has changed a good deal since those 16th century days, and, after an extended period of dereliction, has recently been returned to a habitable state. It has enjoyed a colourful history, of which two notable periods stand out.

During the English Civil War it was the home of Colonel Anthony Byerley, a Royalist who commanded a regiment which was garrisoned in the house with him and his family. This body of men built up a fine reputation for their indomitable spirit, earning the label of Byerley’s Bulldogs. They served under the Marquess of Newcastle during hostilities, and are known to have fought in the Siege of York and the Battle of Marston Moor in 1644. Following the Restoration in 1660, Col. Byerley was awarded the Order of the Royal Oak for his feisty efforts. It is said that a great underground tunnel exists in the grounds of the estate, which could well date to this troubled time – indeed, King Charles I himself was supposed to have taken refuge for a time at the Grange during the war.

Anthony Byerley’s fourth son, Robert, was born in 1660. At the age of 14 he found himself in charge of the Middridge Grange estate after the death of his father and his three older brothers. Then, in 1685, he became an MP; and a year later found himself embroiled in the Battle of Buda as part of the Holy League’s campaign against the Turks. It was during this time that he gained possession of his famous Arabian horse, which came to be known as the ‘Byerley Turk’. He took it home with him and it lived with the family at Middridge Grange, before following Robert to his new home at Goldsborough, near Knaresborough, in the mid 1690s. During its stay at Middridge, the horse served as Robert Byerley’s charger during his military forays – including the Battle of the Boyne in 1690.

Posted by HistoryMick at 12:41 No comments:

If Shildon is known for anything it is its contribution to the history of the railways. If you’re not sure what I mean, then look it up. We’re talking about the 1820s and 30s here, of course – the very earliest days of the industry proper, when a certain Mr Timothy Hackworth was the main man in these parts. I’m sure you’ll have heard of him.

You may also have heard of the Stockton & Darlington Railway, which hosted the very first passenger steam railway journey on 27th September 1825. The workshops for this company (the Soho Works) were at Shildon, and it was Hackworth who was very much the man in charge at this famous establishment.

The North-East of England didn’t only give railways to the UK, of course, but it gave them, in turn, to the world. There are many examples of this proud boast, but two notable cases (at least) are linked directly with the Shildon plant. For both Russia and Canada have this modest County Durham town to thank for the founding of their rail networks.

Russia came knocking in 1835 when they needed a steam locomotive to make their very first railway line, from St.Petersburg to Tsarskoye Selo, viable. It was built to the standard designs of the day, then, remarkably, Hackworth put his sixteen-year-old son, John, in charge of operations. And, despite the huge logistical problems of transporting a loco 1,600 miles across land and sea and getting the engine up and running, the young man completed the task successfully. By the late summer of 1836, with the engine fully operative, the youngster was being praised from all quarters, including a very pleased Tsar Nicholas I. 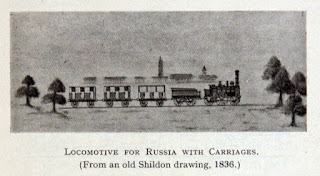 The General Mining Association of Nova Scotia, Canada, then came along in 1838, and placed an order for three engines. These were the first contraptions of their kind to run in British North America, being shipped out in the spring of 1839. The very first loco was named Samson, and ran from its inaugural journey in the autumn of 1839 until 1882 – and it still survives to this day. Amazingly, its driver throughout its working life was a Shildon employee of Timothy Hackworth’s, George Davidson, who emigrated to Nova Scotia with the engine. 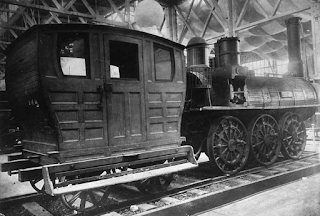 The Samson, pictured above in days of old together with its very first passenger coach, is now on display at the Nova Scotia Museum of Industry. It is one of only three surviving locomotives designed by the great Timothy Hackworth (the others being Derwent and Sans Pareil).

Posted by HistoryMick at 07:45 No comments: