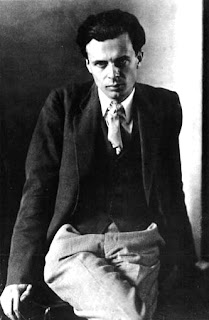 In the late 1920s, author Aldous Huxley was looking for ideas for his new novel.  Inspired by the utopian works of H.G.Wells, he was thinking about something similar, yet different.  In his quest for an alternative angle, he paid a visit to the banks of the and the much talked about industrial wonder of the day – namely, the chemical works of Brunner Mond at Billingham.

Until the First World War, Billingham had been chugging quietly along on the coat-tails of the Industrial Revolution, with its many small-scale industries and its modestly low-profile.  Demand for raw materials for explosives during WWI, however, led to the construction of a new plant in the town dedicated to the production of synthetic ammonia.  Several hundred acres at Grange Farm were just what the planners were looking for, and construction began in 1917.

However, the war ended before the plant was finished, and the site was taken over by Brunner Mond in 1920.  Synthetic ammonia was still produced, but was instead directed into the manufacture of fertilisers.  In 1926, the company merged with other firms leading to the birth of Imperial Chemical Industries Ltd () – after which the complex boomed.

In walked Mr Huxley and he was transfixed.  Being almost brand new, it was on the cutting edge of industrial technology, and the author is known to have taken copious notes of the equipment and processes he saw.  The introduction to one of the more recent editions of his resultant novel, Brave New World, that great dystopian vision of the future, states that the Billingham visit was his inspiration.

As if evidence is needed, Mustapha Mond, a character in the book (and Resident World Controller of Western Europe, no less), takes his surname from Sir Alfred Mond, one of the founders of Brunner Mond/.