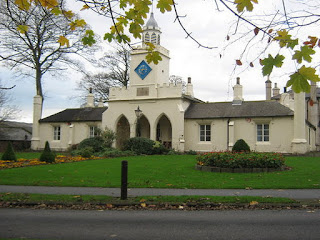 The modestly named ‘’ in Greatham village a little to the south of has origins stretching back many a century.  It was founded in 1273 by Robert de Stichell, the then Bishop of Durham, as a refuge for the poor and elderly.

However, by the 16th century it was being used more as a “house of entertainment for gentlemen”, and, though it was ‘reformed’ in 1610, it eventually fell into a state of considerable disrepair by 1724.  It seems to have then revived briefly – including a move to allow women access to the facilities from 1761 – before declining again by the end of the 18th century.

At the turn of the 19th century the site was cleared and the present structure built during 1803-04.  It is likely that the original buildings occupied the lawned area in front of the present, and rather pleasant, affair – though no traces remain.  For the last two centuries it seems to have been in continuous use and added to from time to time.

The institution still cares for the infirm today, with 63 almshouses maintained on the site and around the village.