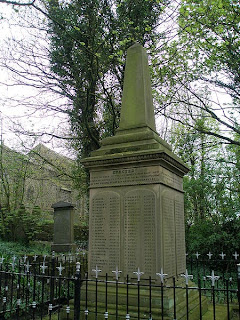 On 16th January 1862 one of the worst mining accidents in British history befell the workforce of New Hartley Colliery, a little to the north of Seaton Delaval in the South-East Northumberland Coalfield. A total of 204 men and boys – from age 10 to 70 – lost their lives underground when they became trapped and suffocated before help arrived. The catastrophe was to lead to a notable change in the industry’s working practice across the globe.
At the time of the accident the mine was served by a single shaft, as was the norm. This sole point of access took the miners to and from the coalface, and was the means by which both materials and air entered and exited the bowels of the earth. The mighty pumping beam cast its great shadow over the shaft head – as it did countless collieries the world over – its job being to clear the pit of flood water. And on that fateful winter morning its brittle cast-iron form snapped under the strain, sending 20 tons of metal thundering down the 12ft-square shaft, taking all with it. The beam, it is believed, had suffered a fatal fracture a week beforehand when it was rather heavy-handedly reassembled after its bearings had been replaced.
The debris which blocked the miners’ only means of escape proved impenetrable to the desperate rescuers over the coming days; the sounds of the entombed men and boys below a constant torment. After repeated collapses, the cause was lost – the trapped workers eventually falling silent. A little over a week later their bodies were finally recovered, many in quiet and peaceful repose, as if sleeping after a day’s hard work – brothers arm in arm, and fathers and sons in touching embrace.
Some good came of it, though. Such was the national public outcry that it was decreed that henceforth all mines should have two separate means of access and escape. Furthermore, the incident led to the establishment of the Miners Permanent Relief Fund – a fund that has since conferred benefit upon thousands in the mining community, including widows, orphans, injured workman and the aged.
The monument (pictured) stands in St. Alban's churchyard in Earsdon.
Read more here and here.
Posted by HistoryMick at 13:11