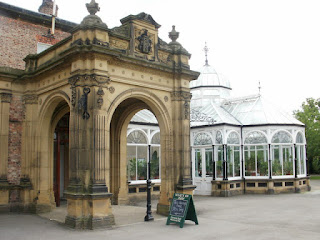 © Copyright Peter and licensed for reuse under this Creative CommonsLicence.

The Preston Hall we all now know and love as one of the region’s premier museum attractions was once, of course, a private residence. Built in 1825 to displace the original manor house (which itself was not demolished until 1974), it was rather less grand than the structure we see today. When David Burton Fowler raised the new pile it had little of its ‘modern’ trimmings.

In 1882, the hall was sold by the Fowler family to Robert Ropner, a high-profile immigrant shipping magnate. A Prussian by birth, Ropner spent years building up his business in, first, , and then (from 1888). He moved into politics, where he was Conservative MP for during 1900-10, was knighted (in 1901) and then raised to the baronetcy.

Ropner spent many years developing Preston Hall. He changed its entrance from the river side to the existing position, added a ballroom, as well as an elaborate porch and winter garden/conservatory (latter two illustrated above). He also constructed many of the estate’s outbuildings for his staff and servants.

The museum is presently undergoing a multi-million pound facelift, and is set to reopen in the Summer of 2012.


Would you like to write for the the
North-East History Tour?