Eglingham Hall, like most buildings of its type, started small and has been added to considerably over the years. It began as a pele tower and today looks like this: 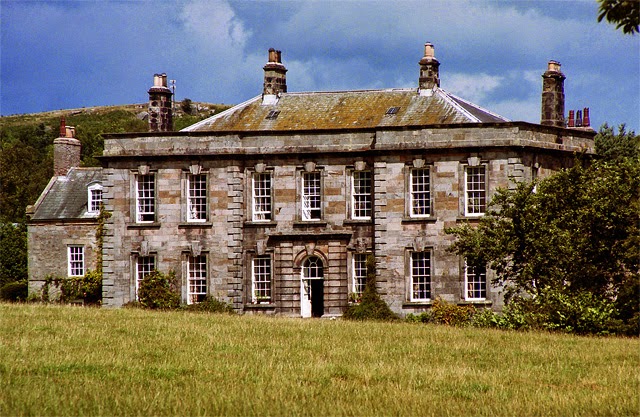 © Copyright Stephen Richards and licensed for
reuse under this Creative Commons Licence.

When its development was somewhere in between, one Henry Ogle lived there for a time prior to his death in c.1669. He was a staunch Parliamentarian, and was at his most boisterous – nay, cocky – during the days of Cromwell. Around 1649-50 he was involved in two instances for which we have precious little information, but which nevertheless provide a neat little window into what was, at the time, a pretty crazy world.

The first occurred in the wake of the famous Newcastle Witch Trials of 1649. From Thomas Oliver’s A New Picture of -upon- of 1831:

1649 – The Magistrates of sent to for a man who pretended to discover who were witches: on his arrival the bellman went through the town, crying “all persons who would bring in any complaint against any woman for a witch, they should be sent for and tried by the person appointed.” Thirty women were brought into the town-hall, stripped there, and had pins thrust into their bodies, and most of them condemned for witches!

As a result, fourteen witches and one wizard were executed. The account continues…

The witch-finder went from Newcastle to Northumberland, when [magistrate] Henry Ogle, Esq. laid hold of him and required bond to answer at the sessions, he escaped into Scotland, where he was apprehended, cast into prison, and condemned; when on the scaffold he confessed that he had been the death of 220 women in England and Scotland, for the gain of 20 shillings each!

No one knows for sure who this notorious witch-finder was, but it may have been the infamous John Kincaid (however, Kincaid was not collared and executed until 1662, so there may be some confusion here).

Henry Ogle of Eglingham Hall may have played a prominent role in the casting out from the region of the pesky witch-hunters, but a year later he had a run-in with his ‘hero’ Oliver Cromwell, who, on the way to the Battle of Dunbar in 1650, stayed over at Henry’s house. Legend has it that the next morning the two of them quarrelled (over exactly what we don’t know), and that they may even have duelled over the disagreement.

I should think that their differences were soon patched up, though, as Henry was elected MP for the county in 1653 and 1654. But the story of the little dispute lived on, and inspired the poem Cromwell’s Visit: An Eglingham Legend by James Hall … and if anyone out there has the text of the said ditty I’d like to hear from them!