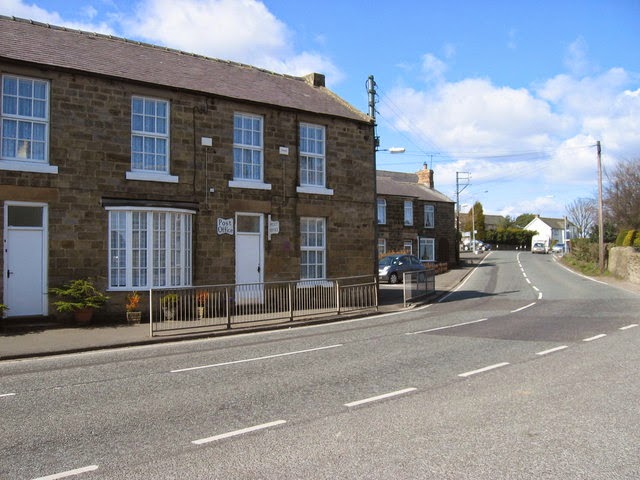 © Copyright C Massey and licensed for reuse under this Creative Commons Licence.

We have already seen how a nondescript terraced house in Longhorsley played a small but notable role in British history (see here) – and it is scarcely believable that the very same building should have played host to another significant event in our cultural/social history. For what was until recently the Post Office building in this Northumberland village was the base from which one very enterprising local man took the first steps towards the invention of Be-Ro, the most famous of our self-raising flours.

, which stands directly opposite the Shoulder of Mutton pub in Longhorsley, was, before it was taken over by Emily Davison’s mum, the home of the family for several decades. It was a bakers and general dealers in those days and the chap who lived there with his parents, William and Ann, was one Thomas Bell. Born in 1848, his father died when he was young, leaving Ann to raise the sizeable family – and run the business – on her own.

Thomas was clearly an enquiring sort, and began experimenting with flour, baking powder and various ‘raising agents’ in an attempt to improve the family’s lot. The exact sequence of events is unclear, but he is thought to have hit upon the ‘magic formula’ around 1875, and in the 1880s left the village to set up a grocery and tea business in . Here he sold his new self-raising creation under the name of ’s Royal. It may not have been the very first ‘self-raising flour’ (a chap in claimed to have beaten to it), but it certainly proved to be the most successful. Forced to drop the ‘Royal’ part of the name, rebranded his creation as ‘Be-Ro’ (short for ’s Royal – his wife’s suggestion) in around 1895, and never looked back.

Originally sited in the Groat Market, , the business grew and moved – firstly to , then Bath Lane. Thomas died in 1925, presumably a fairly wealthy man, but Be-Ro continued to grow in popularity, spreading across and into – greatly assisted by the publication of the famous Be-Ro recipe books from time, the firm was swallowed by Rank-Hovis, then, most recently, by Premier Foods.