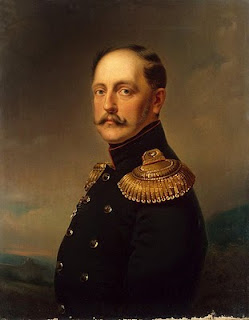 As part of the Europe-wide celebrations following the overthrow of Napoleon, a state visit to the UK was arranged for Alexander I, Emperor of Russia, in 1816. Accompanying Alexander was his 20-year-old younger brother (and future Emperor), The Grand Duke Nicholas. It was a holiday the young man would never forget.
Nicholas must have fancied himself as something of a man of the world; an adventurer even. For, breaking free of the royal party, he determined upon some new personal experiences as part of what he must have considered to be his exciting ‘alternative tour’. Top of his list of ‘must-dos’ seems to have been to visit a coal mine; and so, in view of the pit’s famed reputation, he was ushered north to Wallsend Colliery.
The esteemed dignitary’s arrival sparked a burst of regionalistic verve. Wearside welcomed him first, with a visit to the river’s then famous bridge; before moving onto Newcastle and an introduction to Thomas Bewick, among others. Eventually arriving at Wallsend on 16th December 1816, he was given a prolonged tour of the colliery site, before being invited to change out of his glittering finery and into a deputy-overman’s outfit, prior to being escorted to the gaping hole that was the pit-head.
The chosen mode of descent for The Grand Duke was considered the safest of its day. This involved the riding of a large iron hook at the end of a long rope, by which he was told to cling to firmly, whilst keeping himself clear of the black and dripping walls with a short stick during his long, slow drop.
At the time, Wallsend Colliery was one of the most profitable in the land and produced the very finest quality coal. The visit was meant to impress and enlighten, but ended up delivering a little too much in the way of information. For when Nicholas was brought to the very edge of the pit and looked down into the abyss, he stepped back hurriedly, holding up his hands in horror, exclaiming in French, “Ah! My God! It is the mouth of hell! None but a madman would venture into it!”
He hastily retreated, changed quickly back into his splendid military attire, and left Wallsend Colliery as fast as his carriage would carry him.
Posted by HistoryMick at 00:18