Parish churches were for centuries the most substantial buildings in towns and villages across the land. Unlike the present-day, when these surviving structures are frequently dwarfed by later development, the local church stood tall and proud above all around. The feeling of awe these buildings generated helped the church as an organisation dominate the lives and minds of its subjects.

But in times of unrest – especially in eternal warzones such as the English-Scottish border – these edifices frequently acted as places of refuge. Quite often, of course, God failed to save the frail and vulnerable – an extreme example being the massacre at Warkworth church in 1174 at the hands of the Scots – but, generally speaking, these stone strongholds must have come in handy at numerous, more minor, moments of danger.

The towers and spires of many of Northumberland’s places of worship seem purpose-built for defence, but none more so than the bulky effort at Edlingham. The ’s Church is straight out of a Roman architect’s manual, though is essentially a Norman-style church from the 11th and 12th centuries – the extraordinary tower being added in the 14th century. Its narrow, slit windows, slated pyramidal roof and general no-nonsense style make it a perfect sanctuary from any trouble (viz. angry Scots) that may blow in from the hills. Furthermore, barholes on the interior of both the porch and the inside of the tower provide evidence that the structure could be heavily barricaded to prevent entry – and you may have noticed, too, that the tower has no belfry openings.

So when the Scots came to Edlingham at least the villagers had somewhere to hide – if they were quick enough to head for the cover of their squat and plain-looking church, that is. But who would care about appearances at such times of strife? And one thing’s for sure: it has fared a good deal better than the village’s distinctly wobbly castle… 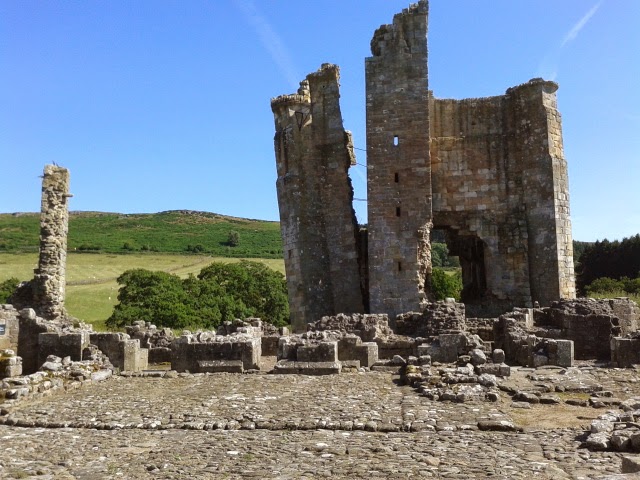