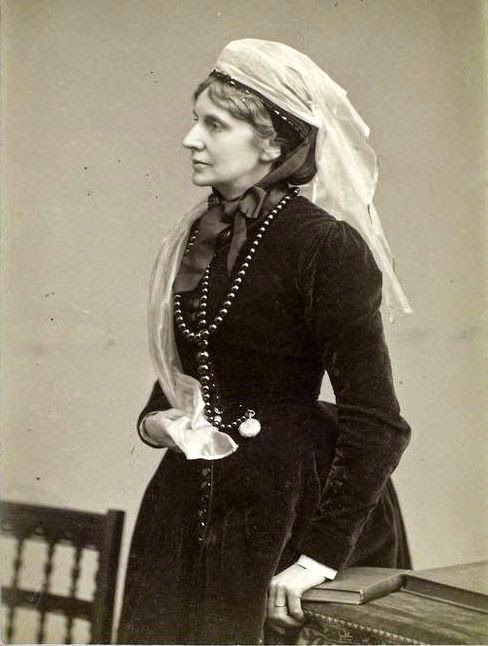 In net miles she may not have travelled very far – from her birthplace near Milfield to her grave in Kirknewton – but Josephine Butler (née Grey) was a North-Easterner whose influence stretched into the hearts and minds of millions of folk worldwide as both a pioneering feminist and social reformer par excellence.

Josephine Elizabeth Grey was born in 1828 at Milfield Hill House, a mansion which once stood a little to the north of Milfield, Northumberland. A cousin of the famous Earl Grey (Reform Act, Abolition of Slavery and, yes, tea), she was the seventh child of John Grey, from whom she inherited a belief in social justice and reform. In 1852 she married like-minded George Butler, an Oxford lecturer, and so began a husband-and-wife campaign against the wrongs of the world – slavery, social injustice and the rights of women.

Moving first to Cheltenham and then Liverpool, the Butlers championed their cause at every opportunity, often to the detriment of George’s career! After her husband’s death in 1890, Josephine moved to London – and even campaigned abroad for much of the time. Feeding off her own periodic bouts of depression and grief, she constantly sought out causes more desperate than her own. She was a staunch believer in education for women and campaigned ceaselessly for the rights of the female sex in this area – helping found Cambridge University’s first college for women, Newnham. Moreover, her campaigns on the taboo subjects of prostitution and sexual morality led to law changes in women’s favour across Europe – all from a devout Christian who didn’t baulk at upsetting anyone.

In her latter years the grand old woman returned to her North-East roots, settling near her son in Wooler. She died in 1906, aged 78, and was buried in Kirknewton Churchyard, three miles SW of her birthplace.