The County of Tyne & Wear 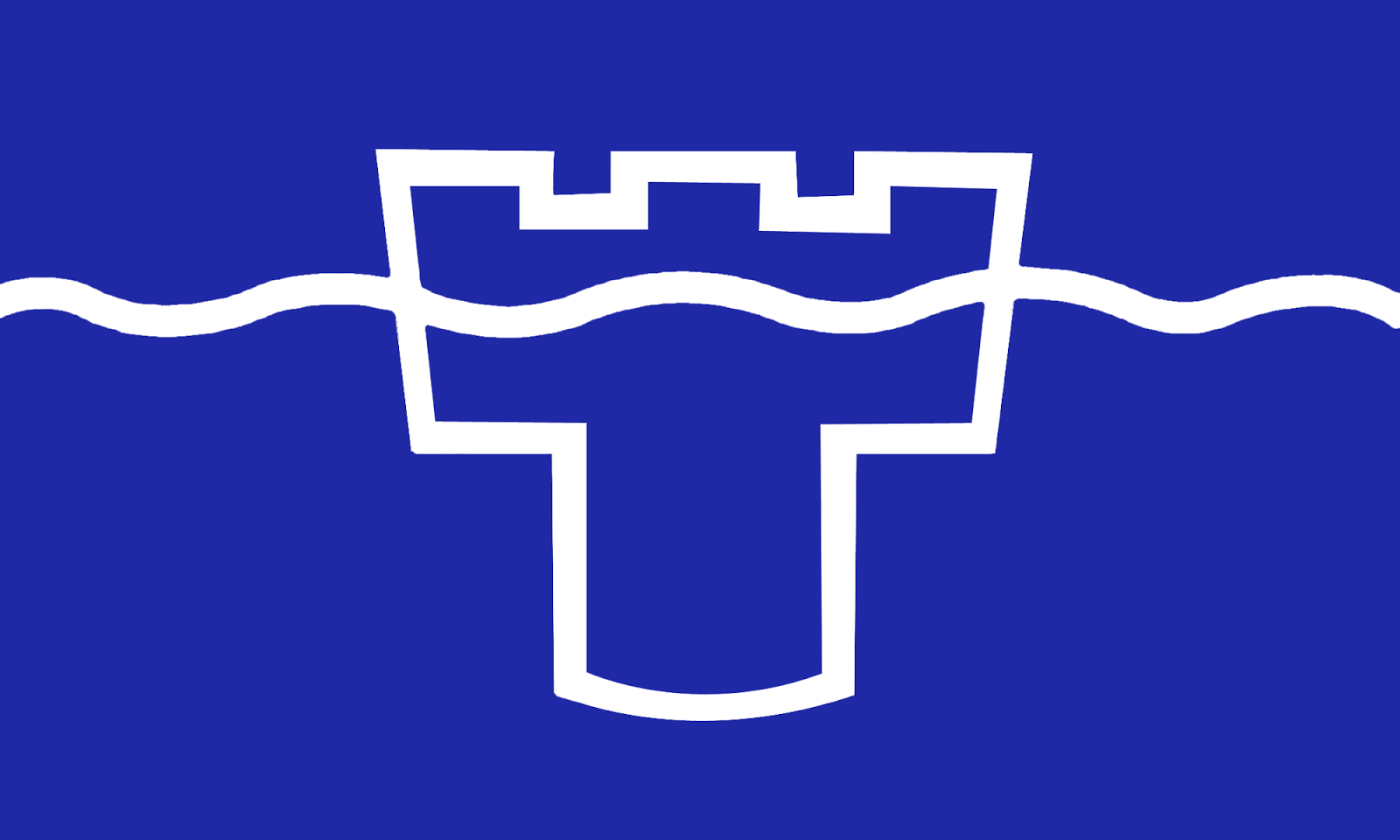 Just in case you don’t recognise it, this is the flag of Tyne & Wear – the much maligned new ‘county’ formed as a result of the controversial reshuffling of the shire borders of England in 1974. As a consequence of legislation passed since, it has both ceased to exist in one sense, yet continues to exist in another. It has left us locals all rather confused.

The area in question is neatly illustrated thus: 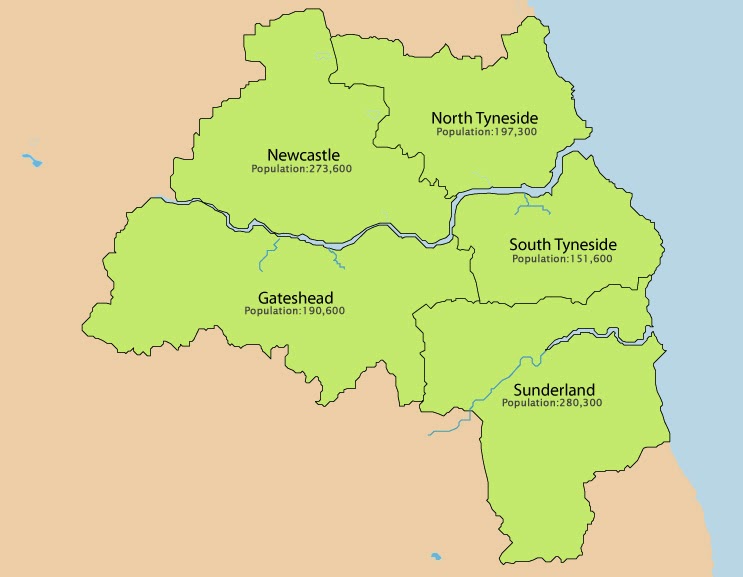 Formerly, the mini-county was shared between Northumberland to the north and to the south, with the boundary being provided by the River Tyne. After years of humming and hawing, the powers-that-be decided to carve up the land thereabouts as illustrated above. ‘Tyne & Wear’ was the name given to the new creation (born, ironically, on ), it being officially known as a ‘metropolitan county’. The venture was seen as a way of giving the largely urban population of the area a more efficient and properly focussed way of governing their patch of the UK, independent of the old historical counties which continued to exist in reduced form.

The Tyne & Wear brand proved difficult to sell to a resident population that was, remember, traditionally split between Northumberland and and (more importantly) between Geordie and Mackem. It had its own county council, of course, and it can be argued that much good was done in its name; but after limping on for a decade or so the council was abolished in 1986, with the five ‘metropolitan authorities’ of Newcastle, Sunderland, Gateshead, North Tyneside and South Tyneside going their separate ways, essentially becoming self-governing.

Rather than reverting back to a clean Northumberland/Durham split, though, it was decided to maintain the ‘Tyne & Wear’ brand in a somewhat half-cocked way. Many services continued to be run jointly by the five authorites (transport, fire & rescue, museums & archives, etc.), and the ‘Tyne & Wear metropolitan county’ continued (and continues) to exist in law and as a ‘geographical frame of reference’. It also still exists as a ‘ceremonial county’, which means that it has a Lord Lieutenant acting as a representative of the monarch. There is, however, no longer any Tyne & Wear-wide administrative/governmental body.

It seems only a matter of time before the term ‘Tyne & Wear’ disappears into history – there being quite a clamour, generally, for a return to the historic county boundaries across the whole of . Royal Mail officially doesn’t care whether we use Northumberland, Co.Durham, Tyne & Wear or, indeed, nothing at all for the county line of addresses on our envelopes. For the moment, though, we stagger on somewhat confusedly – and under the banner of our proud blue flag, if you feel so inclined.