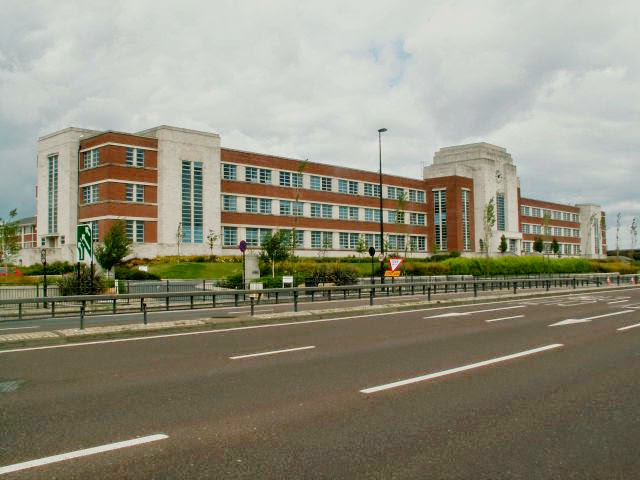 © Copyright Ken Brown and licensed for reuse under this Creative Commons Licence.

The former W.D. & H.O. Wills Tobacco Factory on the , holds a strange fascination with local folk. The massive post-war industrial building, half classical, half Art Deco, is a curious affair, and has even achieved listed status. It survives as a residential complex.

Designed along American lines by Cecil Hockin (architect to the Imperial Tobacco Co.), the fanciful construction was dreamt up in the late 1930s. Built during 1946-50, it consists of red brick and Portland stone erected around a steel frame. What you see today is essentially the factory’s office complex, with its lofty central tower and robust entrance block.

The elegant frontage formed only part of an originally greater whole – the factory itself to the rear was demolished in 1995, some nine years after the plant’s closure as an industrial concern. Eventually, in the late 1990s, the remaining office block was redeveloped by architects Wildblood Macdonald for builders George Wimpey and reopened as one-, two- and three-bedroomed apartments.

And thus a grand (and modern-ish) North-East landmark was saved.