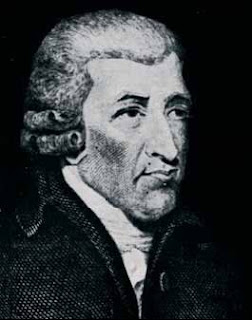 One of ’ greatest claims to fame is that it was the home of the man who invented the friction match, one John Walker. The chap in question was born and died in the town, spent most of his days there and, crucially, made his invention in his little chemist shop on the town’s High Street.

Matches weren’t a new idea. The Chinese had a version of them when the British were still in the Dark Ages, and many famous names had fiddled about with the concept in way before was born (including Robert Boyle). However, the self-igniting friction match was something new – and the North-East is most certainly the place where it first saw light of day (as it were).

was born in 1781, and was supposed to have been a surgeon. Not liking the sight of blood, he instead switched his studies to chemistry, and eventually opened up his own place in his home town. He became obsessed with the idea of obtaining fire easily and began experimenting with various concoctions – until he hit upon a successful combination of chemicals and equipment in late 1826. There are various versions of the momentous event itself, but it seems that noticed that a mixture of chemicals he had been working with had hardened on a mixing-stick – and when he tried to rub them off on the hearth, the thing ignited in his hand. And thus the friction match was born.

He didn’t seem to think much of the invention. From April 1827, he sold a few dozen packets of them (complete with a sandpaper sheath through which to draw the match-stick, and called ‘Congreves’ in honour of another inventor, one Sir William Congreve), but never got round to patenting the idea. Inevitably, others copied or came up with near identical ideas in time, and the fortune-making ended up elsewhere (notably Samuel Jones’ ‘Lucifers’ from 1829).

However, John Walker seems to have done sufficiently well out of his creation to enjoy a reasonably comfortable life up to his death in 1859, aged 78. He is buried in nearby Norton.