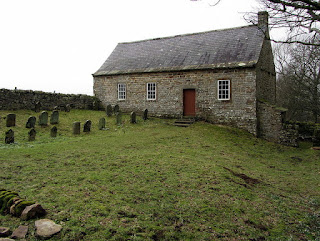 Quaker meeting houses are thin on the ground here in the North-East, but the one to be found at a remote spot a couple of miles east of Coanwood, Northumberland, is really rather special. For it is one of the best examples of its kind anywhere of a Society of Friends’ meeting house which has remained unaltered, internally, since its 18th century construction.

As a general rule these sorts of places were almost all remodelled in the Victorian era, but not so that at Coanwood – its remoteness no doubt helping it out in this respect. It was built in 1760 under the directions of Cuthbert Wigham, a local landowner and long-time Quaker, who had previously held meetings in his own house. Externally, the building is of sturdy stone construction, with a roof of Welsh slate – though it is thought this may have originally been heather thatched. Inside, however, little has changed in over two-and-a-half centuries. 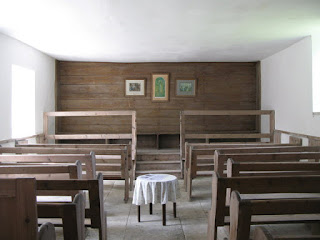 © Copyright Mike Quinn and licensed for
reuse under this Creative Commons Licence.

Within its robust outer shell can be found the simplest of layouts. Plain, open-backed pews face onto a raised area at the front where Elders’ benches are situated facing out over the congregation. At the rear is a movable screen designed to create a second room if required (which is heated by a small fireplace) and the whole of the interior is stone-flagged. Outside there is a small graveyard with the characteristically small, rounded headstones of the Quaker type – including that of Cuthbert Wigham, the house’s founder.

The meeting house ceased operating as a Quaker chapel in 1960, but can usually be found open to the passing public.